The tigers are the largest cats in the cat family, lions being the only rivals and one of the only few striped cat species. Male tigers are always larger than females.

Tigers have muscular bodies with powerful muscular forelimbs and large heads. It is marked with dark vertical stripes on orange-brown fur with a lighter underside and these stripes are advantageous for camouflage in the long grass.

The underparts, the inner sides of the limbs, the cheeks, and a large spot over each eye are whitish.

Tigers are territorial and generally solitary animals but also social predators and individual tigers that share localities know the movements and activities of one another. Tigers sometimes share kills with others even when not related.

Female young tigers establish their own territories close to their mother’s while males migrate to far places where they encounter other adult males for territories.

Male tigers become aggressive when a female is in oestrus and these fights sometimes result in death.

Occasionally, male tigers raise cubs. The cubs remain under the care of a male especially when they are his. Tiger cubs stay with their mother for about two years, before they become independent and leave their mother’s home.

The tiger has no mane, but in old males, the hair on the cheeks is rather long and spreading. Black tigers have been reported less frequently from the dense forests

Tigers are strong swimmers which helps them to remain cool in the sunny hours because tigers are less tolerant of heat than other big cats and they do not regularly climb trees but under stress, they may climb.

Tigers are found in amazingly diverse habitats associated with forests, rain forests, riverine forests, grasslands, savannas, and even mangrove swamps. They also inhabit hilly and lowland forests. In tigers, habitat associates much with the availability of enough water and favorable hunting grounds.

tiger hunt at night and prey on a variety of animals, but it prefers fairly large prey such as wild pigs, monkeys, ground birds, ungulates, porcupines, fish among many others with exceptionally large mammals such as elephants and adult buffalos but may bring it down when a chance prevails. After making a kill and consuming what they can, tigers deliberately hide the carcass for the next meal from scavengers and vultures.

After a gestation period of 90 days, normally 2-4 blind litters are dropped. During the long period of weaning, tutelage, and training, cub mortality is high, especially when food is scarce. The cubs remain with the mother until when they are ready and able to kill prey for themselves. There is no fixed breeding season in tigers and the tigress does not breed again until her cubs are independent.

The average life span of a tiger in the wild is about 11 years. 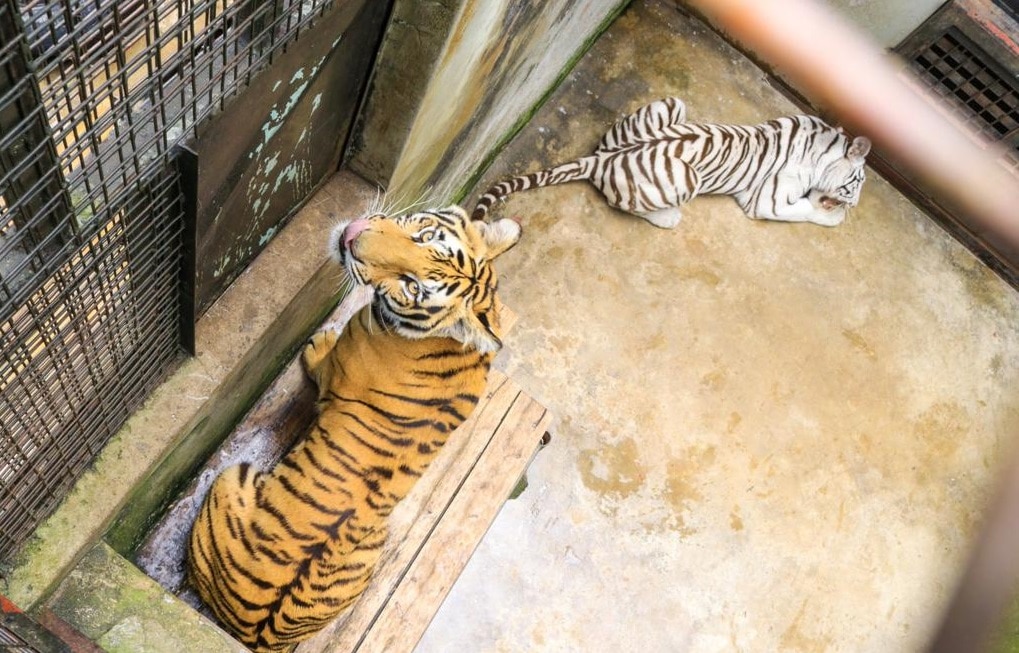 You May Also be Interested in the Following Uganda Safari Ideas

4 days Bwindi gorilla safari & wildlife is one of the best short Uganda safaris. It provides you a great opportunity to enjoy a trek to view mountain gorillas in Bwindi Impenetrable National Park and game viewing in Queen Elizabeth National Park. It is an exceptional tour. View Details Here

Turkish
error: Please be responsible enough and make your own content dont copy
Go to Top